In March last year, I was lucky enough to meet Steve Buttry – 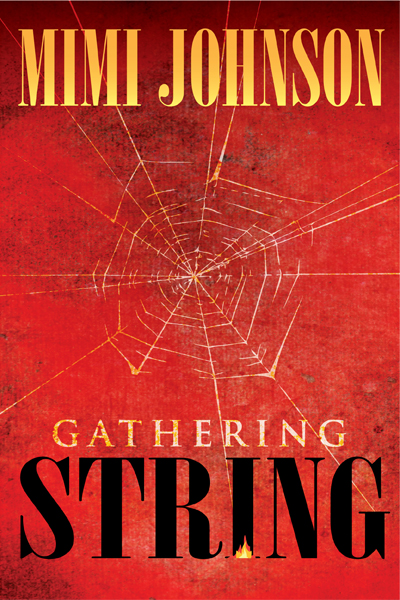 the Digital Transformation Editor at Digital First Media, an American news organisation which has taken a radical approach to digital publishing in the States. For anyone interested in serious discussion about the future of a media which has its roots in print, his blog is essential reading.

So why mention it when clearly writing about a book which doesn’t have his name on the front? Well, I found out about the book via his blog, written by his wife, Mimi Johnson. Yet it was only when he tweeted highlights from a couple of reviews on Amazon that I finally downloaded it to the Kindle app on the ipad. Mimi, I should add, is also a journalist.

The dark bags under my eyes which several colleagues remarked on last week have nothing to do with a no-excess-spared Christmas, or chasing after an 18-month-old who has discovered that most wrapped boxes contain a present for her for a fortnight. Or, indeed, long miles travelling to relatives while my wife battled through a stomach bug.

No, those bags are entirely due to the book on the right here. You know when you think you don’t have time to read, then start reading a book when you get chance and then everything else that can be put to one side tends to go that way? This is one of those books.

Set in America, the plot revolves around three journalists: Battle-hardened cynic Sam Waterman who has quit working on a top Washington newspaper to pursue a career, reluctantly, at a politics website; a photographer he once had an affair with which he’s never got over called Tess Benedict who escaped Washington and found a new life in a sleepy Iowa town with a basketball star turned newspaper publisher Jack Westphal. Westphal is, in short, everything Waterman isn’t.

Their worlds collide when Waterman is dispatched to Iowa to cover the decision by the state’s governor Swede Erikson decides to run for president. With the Republicans struggling for a good name to lead their fight, it seems a safe bet Erikson will win the Republican nomination. Waterman believes Erikson – popular yet radical – is a little too good to be true, and starts digging.

For Westphal, Erikson’s race to the White House is not only a great story for his newspaper – a small-town daily which he is dragging into the digital age, with considerable success, much to Waterman’s initial bemusement – but also for him personally, given his family have long been close to the Governor’s family and each has the other’s family to thank for getting through difficult times.

As for Benedict, the arrival of an old flame in town who helped change her life so radically begins as being very uncomfortable, and only gets worse as Waterman starts digging into the past of Erikson, asking awkward questions which seem to be going nowhere, but which set off a chain of events which shake the lives of all three – and many around them too.

Gathering String, as a novel, is like none I’ve read before in that it spends a long time setting the scene – but the background to the scene it’s setting is fascinating, intriguing and, in itself, a story itself. And once the pieces from the past are clear in the mind the story gallops along, forcing the reader to challenge their thoughts on each character at several points. None leaves the book an unblemished hero – but each has many life-changing decisions to make along the way.

We’ve all seen reporters jumping out of bushes on Eastenders, or being portrayed in books as rat-like characters only interested in chasing a story. The fact Johnson has had a career in journalism means the portrayal of journalists, their reasoning, their thinking and their actions all feel so real. It’s a long read – but one anyone who enjoys political intrigue told differently should seek out as soon as possible.  The fact the plot also deals with the different business models being tested in journalism – and the testing impact that has on journalists – only serves to make it better.

It’s a book which deserves to be read – a book which would more than stand its own in any book chart in any store.

About the author:  Mimi Johnson is an Iowa native who’s worked for newspapers throughout the Midwest. You can read a better analysis (hey, I never said the reviews would stand up to any test of reviewing skills!) here.

Where to buy it: Amazon, on Kindle